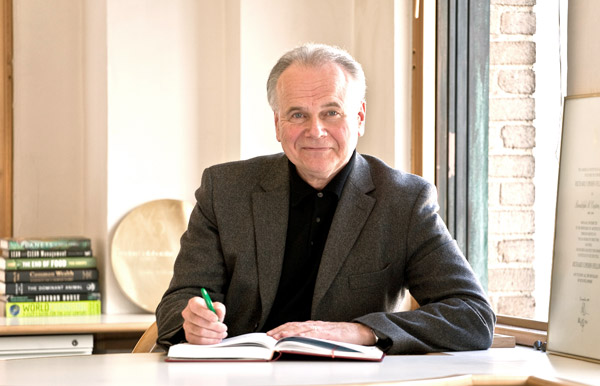 Randolph Croxton is an internationally recognized pioneer and innovator in the achievement of environmental and sustainable architectural design. His built work, writings, and lectures have significantly contributed to the profession’s understanding of the far-reaching opportunities inherent in the balance of built and natural environments, thereby raising the standards of practice.

Evolving from his early years with I.M. Pei, design excellence has always been central to the work of Croxton Collaborative Architects (CCA), acknowledged by its receipt of the prestigious AIA National Honor Award for Design. Reflecting his own international stature, Randolph was invited to present at both the United Nations Earth Summit in Rio (1992) and the United Nations Social Summit in Copenhagen (1995). Under his aegis, CCA has also received two esteemed US Green Building Council National Leadership Awards: 2008 / Organizational Excellence - For Contributions to the Founding of the American Institute of Architects’ Committee on the Environment and 2005 / Education - For Establishing the Founding Principles and Practices of Green Architecture in America.

Randolph’s additional accolades include the 2004 Environmental Leadership Award: EPA Region II and the 1999 AIA New York State President’s Award for Outstanding Contributions to the Profession of Architecture. He also served as a Regional Director on the National Board of the American Institute of Architects and is a former president of the AIANY, the organization’s first and largest chapter.